That Provides Opportunity to Trade in Classic Commodities with NYE!
NYE aims to become one of the leading digital assets worldwide. 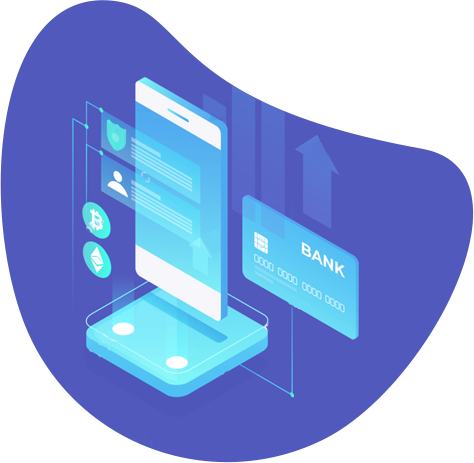 It utilizes the blockchain technology to create a financial integration between old classic stock and commodities market with the new trend of Crypto Trading platforms.

The New York Exchange Coin is dedicated to use the smart contract feature of the Blockchain technology to raise and enhance investors to see the opportunities present in the stock market and commodities. 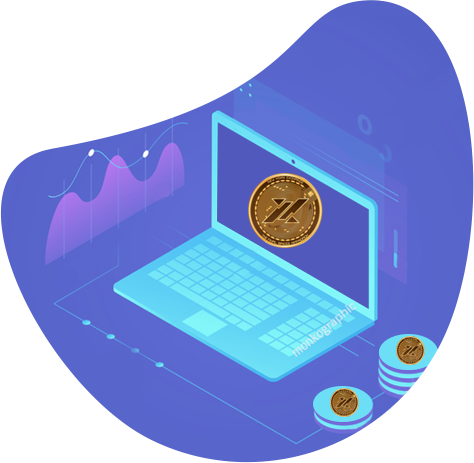 Using a Private Blockchain allows corporates and individuals to assume there is no unwanted users access; therefore, many security requirements are no longer necessary.

Blockchain application has opened a new era in many fields from healthcare, finance to cryptocurrency and will bring real benefits to the community.

New solutions for a new world

Soon we will disclose more about newest features of New York Exchange Coin.

To best support the application of New York Exchange Coin, we've decided to set up the financial specs as below.

Our team working so hard to create one the most advanced digital asset, ever created in the history of cryptocurrency, here is our road map:

Below we've provided a bit of NYE Coin and cryptocurrency industry. If you have any other questions, please get in touch using the contact form below.

It is essentially a practice of data encryption in a manner that is kept secret from third-parties. It is mostly used to prevent sensitive data from being compromised.

The most popular Cryptocurrencies are Bitcoin, Ethereum, Ripple, Litecoin, Bitcoin Cash and many more. Cryptocurrencies have several applications or platforms - You can buy goods & services, it brings hottest investment opportunities of the past 4 years, you can mine many of them them, send/receive as payment mode and much more.
NYE Token:- https://etherscan.io/token/0x6f5e77cea0abdda40013a8ef53639c96972fb745

How Bitcoins are Created?

The concept of Bitcoin was a genius thought, introduced by Satoshi Nakamoto. If we talk about the process, Bitcoins are the end product of decentralized & aggressive procedure known as ‘Mining’. The coins are discovered and not printed like money.

With the help of optimized hardware, A ‘Block’ is mined towards solving a complex mathematical algorithm (the process is called hashing), whosoever cracks the right hash, is rewarded with a Block reward (a set number of a crypto plus transaction fees). The cryptos included in the block reward are all new coins. The whole point of mining cryptocurrency is to earn them!

Where can I get the latest Cryptocurrency Prices?

There are like several platforms available, where you can explore the recent cryptocurrency prices. But some of the most famous platforms are: CryptoCompare, CoinGecko, CoinMarketCap, Coincodex, CoinCheckup etc.

What is Cryptocurrency Mining?

In order to process buying and selling of Cryptocurrencies which are base on Proof of Work, a user has to broadcast his/her transaction on the whole network (that must be recorded in a Blockchain). The process of successful recording a transaction is known as Cryptocurrency Mining.

Like generation of Bitcoins, Cryptocurrency Mining includes two steps: Adding transactions to Blockchains (for securing & verifying) and releasing a new currency. The basic elements a user needs, to step into mining is PC (specialized or consumer hardware), and combination of graphic cards and CPU.

Faucets can be simply referred as an online platform which functions as a cryptocurrency reward system for users. In return, users have to complete some tasks or captcha or by affiliate, described as on the website or app, as an example, to claim fraction of Bitcoins as rewards! Simply perform a task, enter your wallet credentials and earn some coins.

The purpose of Faucets is to provide a platform to individuals who are willing to learn about Cryptocurrency and give them an opportunity to earn coins without the risks associated with investing.

What is Proof of Work(PoW)?

Proof of Work (PoW) as the name states is the validation of the work that happened and proving it is correct. Bitcoin and many alt coins follow this way of consensus to make sure the authenticity of the chain is good. To understand how it works in simple terms, assume that you are in a math exam along with other students in a classroom. The student who can, not only come up with the correct answer but also can come up with the complete proof (steps in math terms) of arriving at the correct answer first gets the reward. As we know this needs the student with lot of brain power which naturally consumes a lot of energy from the body. Now mapping it to the cryptocurrency world, “math exam” refers to the “transaction”, the “classroom” refers to the “world”, “Student” refers to the “computing hardware/computer” that runs the complex algorithms, “brain power” refers to the “computing power” and the “lot of energy” refers to the “lot of electric power”. I hope it is easier now to understand.

What is Proof of Stake(PoS)?

Proof of Stake (PoS) is an alternate way of verifying and validating the transaction or block. This will pick the Validator (Equivalent of “miner” in the PoW) by the amount of stake(coins) a validator has and the respective age of the stake. If you have 100,000 alt coins (let us say NYE coin which use PoS) in a wallet, Here the 100,000 NYE coins is the stake. This amount is like the security deposit which means the Validator holds a significant stake in NYE coin with good aging is more committed and combined with many other factors, will get a higher chance to validate a block. This allows building a trusted and distributed network with loyal Validators (high stake of coins). The Validators earns the part or whole of the transaction fee. In PoS, it is not “mining” but “forging” which is done by the Validator who will process and forge a block to the chain. There are much more differences between the various Proof of Stake algorithms that are being developed but I am limiting to what I said so far just to provide a higher level of differences. There are currently issues with PoS as well, such as a small group of people owning a majority of tokens/coins will be the Validators but it is still evolving and eventually more solid and robust will be out there at some point in time.

Why NYE Coin is PoS base?

Eliminates the below challenges from PoW and believed to have an advantage:

◉More loyal Validators … As higher the stake the Validators have for a long time, more chances for the Validator to be picked up for “forging” and earn the transaction fee

Can I buy anything with Cryptocurrency?

Bingo! This is where Cryptocurrency shines like anything. There are several businesses that accepts Bitcoin & other cryptocurrencies as payment. It’s not limited to investing or speculation, it has real value as alternative medium of exchange. You can buy Gift Cards, book Airline/Hotel/Space Flight Tickets, Computers and like pretty much anything!

What is the difference between Coins & Tokens?

Both terms are often used as synonyms, but have completely different concepts. In a nutshell, Coins that are sometime also (called as altcoins) are created with several encryption techniques, and hold value over time. It operates on its own Blockchain, for example: Bitcoin operates on Bitcoin Blockchain, NEO operates on NEO Blockchain, Ether operates on Ethereum Blockchain. Coins are mobile, persistent, commutable, and have limited supply. Besides, they don’t have any functionality beyond acting as money.

Tokens are referred as an asset or utility, that require existing blockchain to operate & function. They require another platform like Omni, Lisk, Waves, Stratis and Ethereum to operate. Tokens are designed in a way that activate features & functionality of an application. For example: Musiccoin is a token designed to give users can access of different features of music platform.

The main difference lies in their structure as coins are considered as separate currency and have their own separate Blockchain. And Tokens reside on the top of Blockchain that functions with decentralized applications.

This totally depends on your country’s law! According to the IRS (Internal Revenue Services) a US government agency, Bitcoin will be treated as property, and not as currency. In conformity to a policy notice issued by IRS 2014, every virtual currency investments will be treated as capital assets. Therefore, it’s mandatory to file taxes for the same.

It would create a significant burden on Bitcoin holders, every time they make a transaction they have to determine the amount of their taxable gain. Regardless in what form a person makes income, it will be taxed.